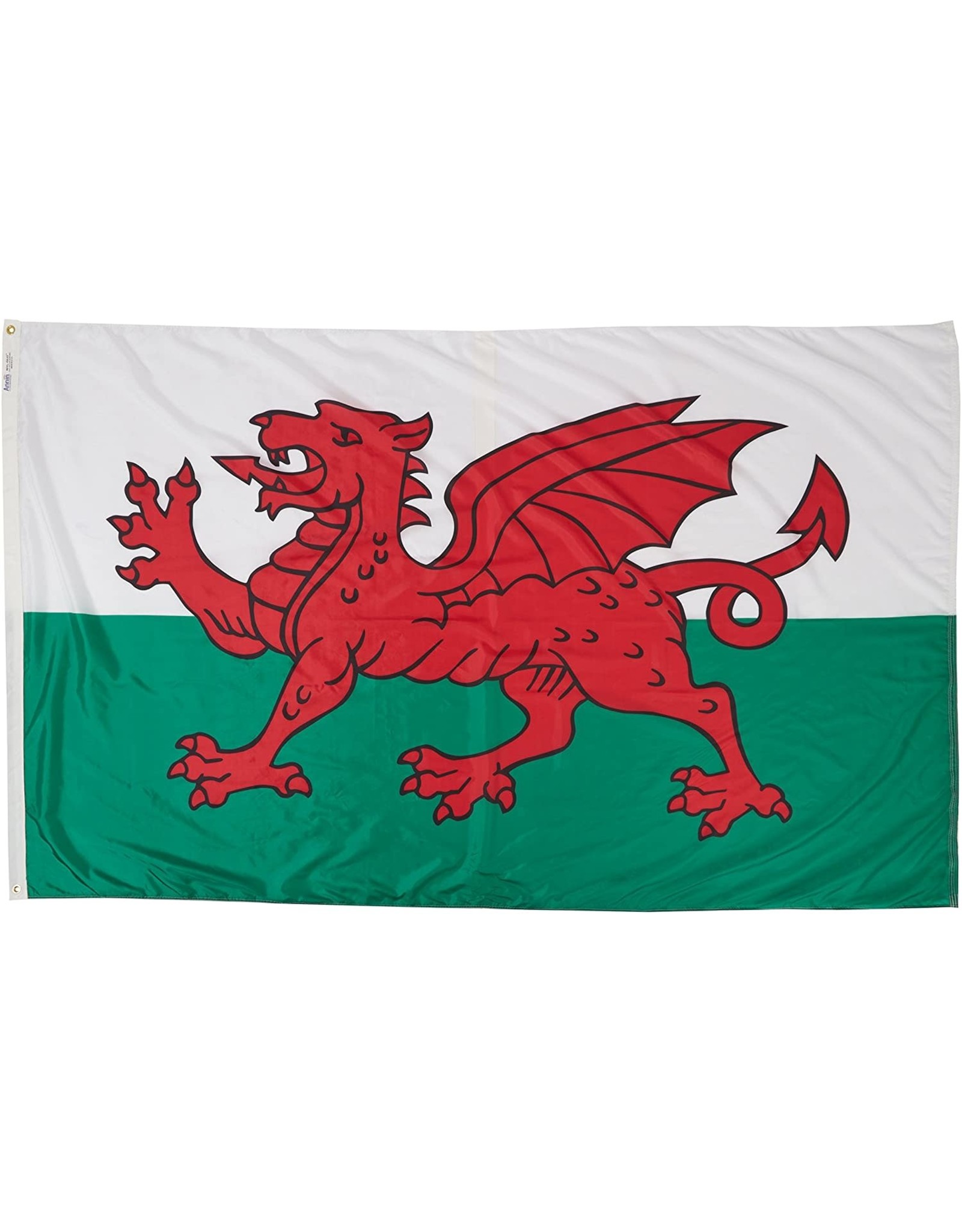 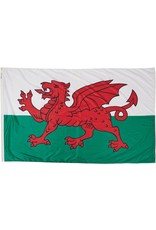 Made in the USA! This is an AUTHENTIC Annin Flagmakers flag. SINCE 1847- the OLDEST and LARGEST manufacturer of flags.

Expertly printed and sewn using Annin's 200 DENIER NYLON fabric in our Virginia factory with our exclusive SolarGuard(TM) dyes. PROVEN to last the longest and be the BRIGHTEST. DURABLE fabric flies in the lightest breeze. Blocks damaging UV rays.

WALES – Officially recognized at the national flag of Wales since 1959, the banner consists of two horizontal halves – white at the top and green at the bottom. Dominating the center of the Welsh flag is a red dragon. While the actual origins of the flag have been lost to the ages, many legends, rumors and myths abound regarding the true meaning of its dragon; most popular however, are beliefs that it represents ancient warriors.