Home / All for Her 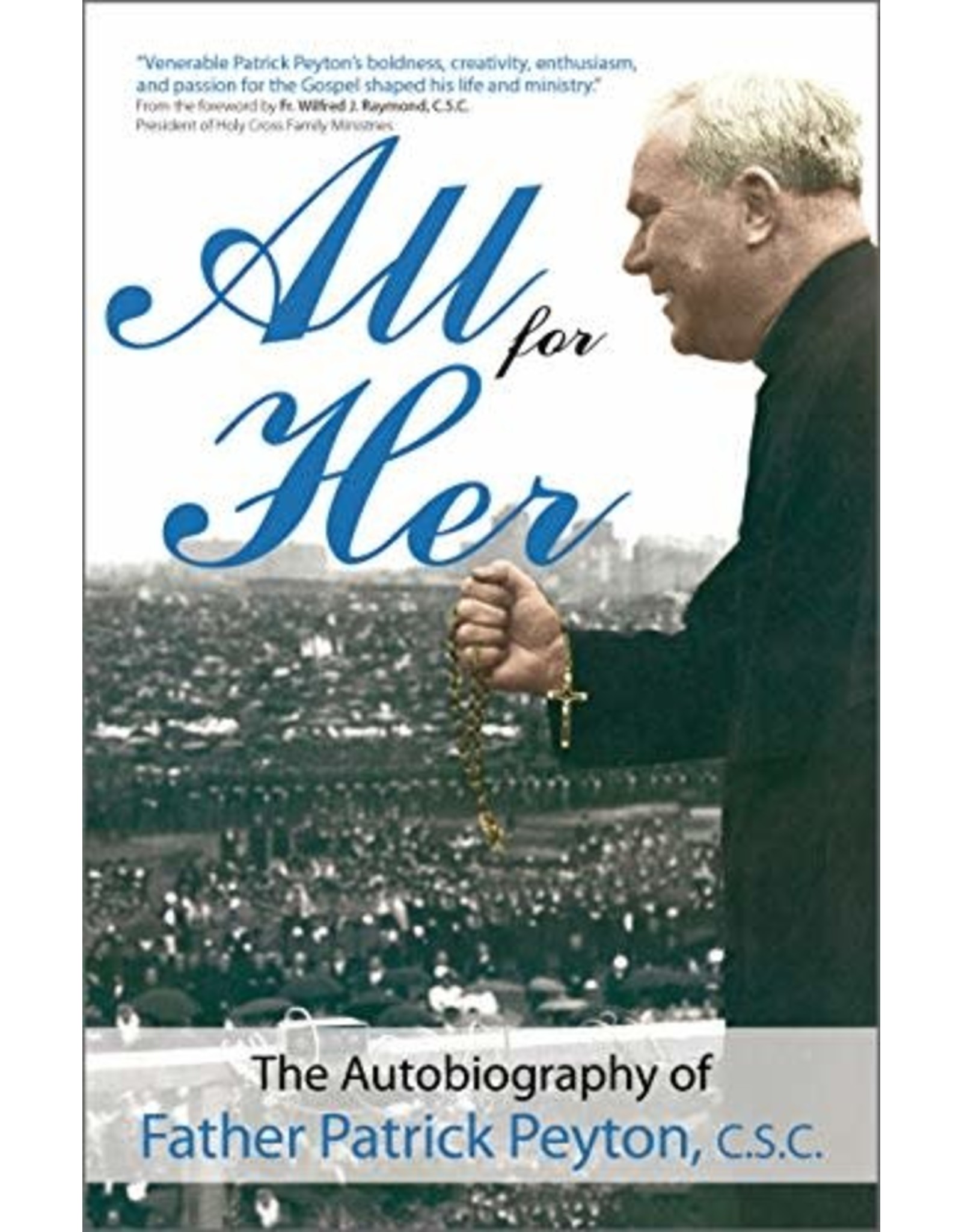 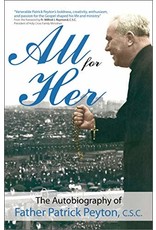 On December 18, 2017, Pope Francis declared that Father Patrick Peyton, C.S.C., lived a life of heroic virtue and gave him the title “venerable,” marking another step closer to sainthood for the “Rosary Priest.” This new edition of Peyton’s biography tells the story of his life and dedication to the Blessed Mother as he discerned his vocation, overcame the obstacles of advanced tuberculosis and lack of education, and became a priest who eventually preached to more than 28 million people worldwide, worked with Hollywood stars, and founded Family Rosary and Family Theater Productions.

This new edition of Peyton’s autobiography—originally published in 1967 and reissued in a revised edition in 1997—includes black-and-white photos and a new foreword by Holy Cross Family Ministries president Fr. Willy Raymond, C.S.C., reflecting on Peyton’s legacy as a saint for family prayer and his cause for canonization.

Meet one of the newest candidates for sainthood: a priest who was formed by his own family’s Rosary devotion—and his formation as a Holy Cross priest—to promote peace and unity across the globe through family prayer.

Peyton—probably best known for the inspirational phrases “the family that prays together stays together” and “a world at prayer is a world at peace”—encouraged family prayer and devotion to the Rosary throughout his ministry. In his autobiography, the Rosary Priest reflects on his journey from a farm boy in Western Ireland to one of the most effective missionaries of the modern age.

In All for Her Peyton describes his travels to America, hoping to become a millionaire and instead finding work as a janitor in the Scranton cathedral, where he realized the call to the priesthood. In 1929, Peyton entered the seminary, but after years of study and training he was diagnosed with advanced tuberculosis. Conventional treatments at the time were not working. He prayed to the Virgin Mary and his health quickly began to improve. In gratitude he committed his vocation to promote devotion to the Blessed Mother and the Rosary. On the day of his ordination as a priest in the Congregation of Holy Cross, Peyton said, “I gave my heart and soul in love to Mary. I promised her all the merit of my priesthood until death. The merit and glory of every action I would ever perform would be hers and hers alone.”

Peyton immediately began advocating for the practice of family Rosary devotion. He embraced the new media as a means to reach people across the globe, and developed radio and television programs that spread a message of prayer and family unity. He founded Family Theater Productions in 1947. Performers in his productions included such stars of Hollywood’s golden age as Bing Crosby, Grace Kelly, Gregory Peck, and Lucille Ball.

Peyton also preached to millions in person, organizing two hundred-sixty Rosary Crusades across the globe. These large rallies included worship, prayer, and benediction. Peyton continued to be active until the 1990s and died in 1992. In 1997, the cause for his canonization was opened.

All for Her is part of Ave Maria Press’s Holy Cross series. These books explore and celebrate the history and spiritual vision of the Congregation of Holy Cross, a religious order of priests, brothers, and sisters founded in France in 1837 by Blessed Basil Moreau, C.S.C., who was beatified in 2007. Included in the series are works of biography, spirituality, and devotion.