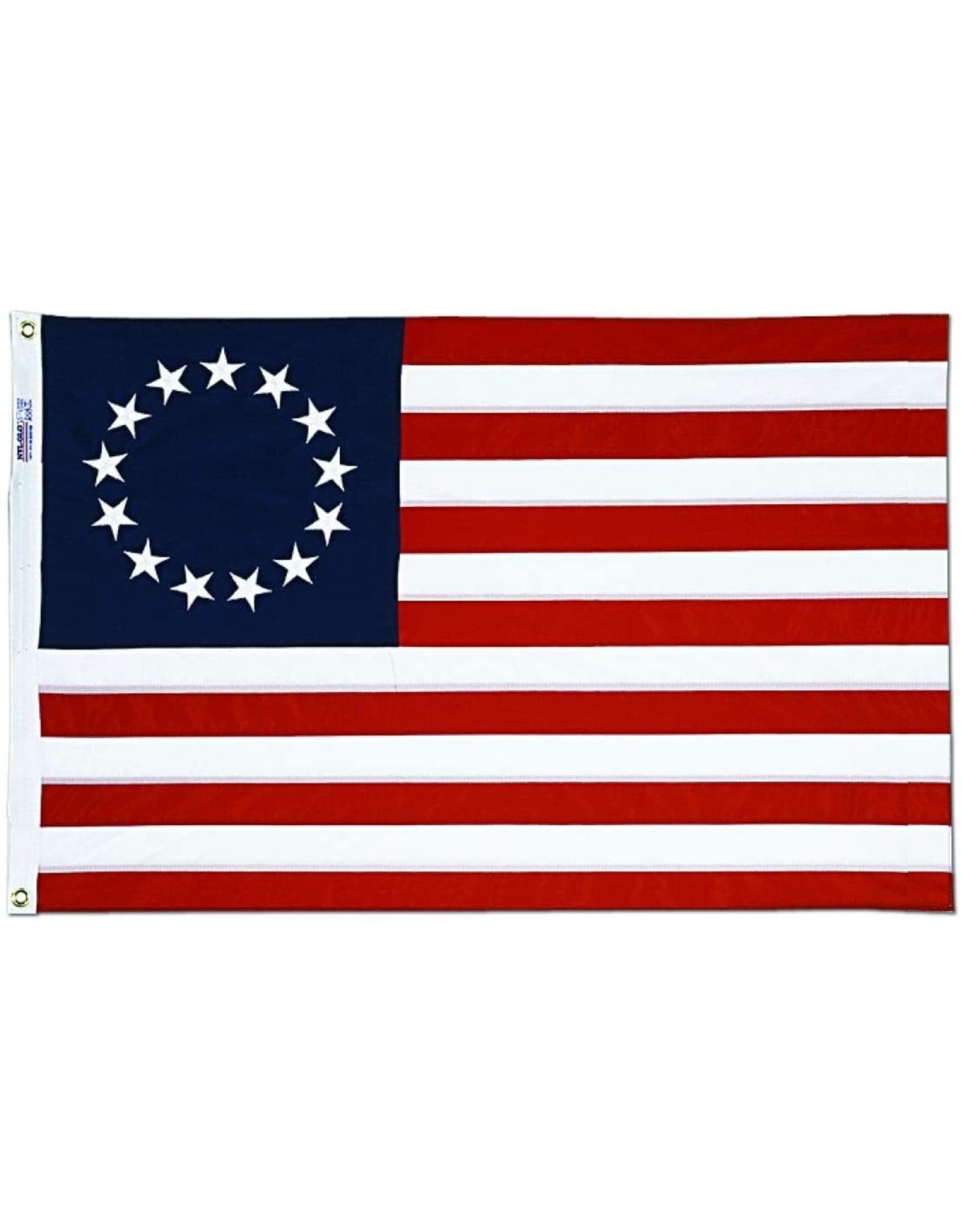 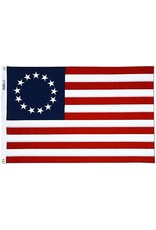 Recreates an authentic look and feel of a time gone by. Resolved that the Flag of the thirteen states to be thirteen stripes alternate red and white, that the union be thirteen stars, white on a blue field, representing a new constellation.

With these simple words, Congress created the American Flag on June 14, 1777.The stripes came from the field of the Grand Union Flag and were presumably taken from the Washington coat of arms. It is probable that the stars were also taken from that emblem, and changed to white for color harmony. It is generally conceded that General Washington had a hand in designing this Flag and it is fair to assume that the idea of the stars originated with him.

The first Stars and Stripes displayed in the face of an armed enemy was at Fort Stanwix, August 3, 1777.The Flag was improvised. The white stripes and stars came from the soldiers shirts; a captains cloak supplied the blue of the union; and the red stripes came from the flannel petticoats of the women of the garrison, who gladly donated them for the purpose.